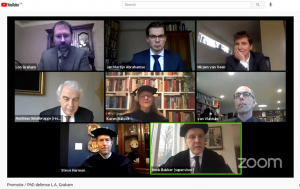 During the annual colloquium two of our researchers successfully defended their PhD theses in the virtual world of Zoom and streamed live online via YouTube. 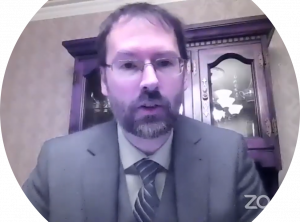 Lon Graham defended his thesis  “’All Who Love Our Blessed Redeemer’”: The Catholicity of John Ryland Jr” in which he argues that while Ryland’s catholicity was unusual it was not unprecedented in the Particular Baptists of the 19th Century. Lon demonstrates that Ryland’s catholicity can be shown to be christocentric, pneumatological and experiential. Lon’s examiners (officially known as opponents) engaged with many aspects of his thesis, not least the question of the impact that such research may have had on him as a person. Lon’s response demonstrated that theological academic research is not a mere intellectual pursuit but can have a profound impact on the life of the researcher. 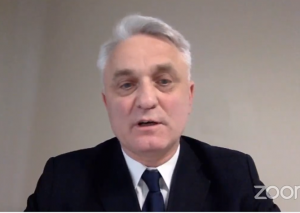 Leonid Mikhovich also successfully defended his thesis “Traditional Worship in Baptist Churches in Belarus: Formation, Features, and Internal Conflicts” on the final day of colloquium. Leonid carried out extensive research on aspects of Baptist worship in the Belarus context, with a focus on the internal conflicts in worship which result from the process of shaping and adjusting historical contexts of worship to the local and current context. Leonid serves as General Secretary of the Belarus Baptist Union and as Rector of the Union’s seminary. Engaging directly with such an essential and formative element of Baptist life reflects Leonid’s commitment to leadership within the Union and beyond. Both Lon and Leonid were commended by their examiners for the extensive research that underpinned their work and that both have made a significant contribution within their fields of study.

The normal procedure for the defence of a PhD thesis at the Vrije Universiteit in Amsterdam is a public event at which the research is defended before five examiners – known as opponents.  Given the pandemic, the university had developed an online facility allowing both opponents and researchers to meet virtually and at the same time stream the event live on You    Tube for the wider public. 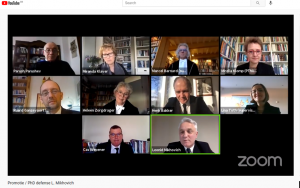 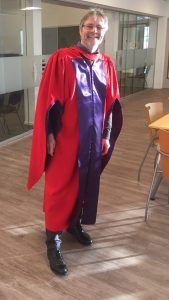 Finally, during colloquium the IBTS director Mike Pears modelled the graduation robes designed specifically for IBTS. It is not the tradition of the Vrije Universiteit, as with many European universities, to have graduation robes but some of our graduates require such adornment for public events in their own context. Don’t you think he looks well?