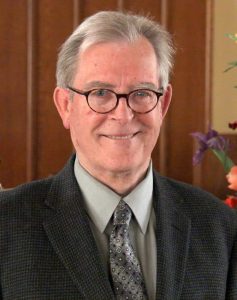 Ray had Welsh roots being born in 1942 in Pontypridd, South Wales. He received his education at the University of London (B.D., Ph.D.), the University of Zurich and the Baptist Theological Seminary, Rüschlikon, Switzerland (M.Th.). In 1969, he moved to Hamilton, Canada to teach at McMaster Divinity College and McMaster University, later becoming Professor of Hebrew and Old Testament Interpretation.

When the International Baptist Theological Seminary (IBTS) relocated from Rüschlikon to Prague in the Czech Republic in 1995, Ray became a professor of the Old Testament the following year. While teaching at IBTS in Prague, he was responsible for the Old Testament curriculum for both undergraduate and graduate programmes. Since 1998 he took an early retirement but was active in writing and occasional lecturing at McMaster University and elsewhere.

In research, Ray explored the social and cultural background to the Old and New Testaments, on which he published several books and articles including a commentary on 2nd Kings in the Word Biblical Commentary series and articles in the multi-volume Anchor Bible Dictionary. Of special interest to Ray was ancient military history. Having published a monograph on warfare in the Old Testament earlier in his career, he expanded his interest in ancient military to include local military history in his retirement. Peaceful and gentle person Ray was, he lately participated in re-creating battles in Ontario area from the early nineteenth century as his hobby.

Music was another of Ray’s joys. For many years he was a member of the Bach Elgar Choral Society of Hamilton, Ontario, in Canada and for more than twenty years had sung with the MacNeill Baptist Church Choir and the MacNeill Ensemble. With his love for singing, he organized and conducted the occasional choir of the International Baptist Theological Seminary while teaching in Prague.

An inspiring and though-provoking teacher, Ray will be remembered for demanding the best of his students. He was particularly skilful in transforming the student’s initial biblical naïveté into serious Scripture engagement, which he did with gentle and friendly persuasion of his own. Though he taught for only two years at IBTS, he left lasting impressions on his students in Prague that came from Europe, Africa, North and South Americas and elsewhere.

Teaching for most of his life in Baptist institutions, Ray was passionate about Baptist tradition, upholding the distinctives of Baptists despite the fact that it sometimes got him into trouble with institutionalized ecclesial life. Notwithstanding his scholarly contributions, Ray deeply cared for theological education among ordinary church members. He was at home conducting Bible studies and workshops in various church contexts, not to mention his home church MacNeill in Hamilton, Ontario, where he led the MacNeill Lay School of Theology and Na Topolce Baptist Church in Prague where he helped to launch PATEFO (Pankrac Theological Forum).

Ray possessed extensive knowledge and abilities as a biblical scholar, yet remained humble. And with his wisdom and gentle heart he graciously invested in the lives of others. He will be sorely missed by many, who have come to know him as a fine teacher, educator, colleague, singer and friend. He is survived by his wife Heather and their son Gregory and daughter Catherine. 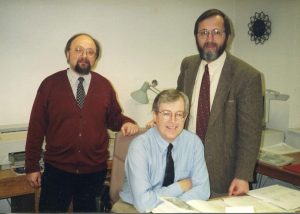