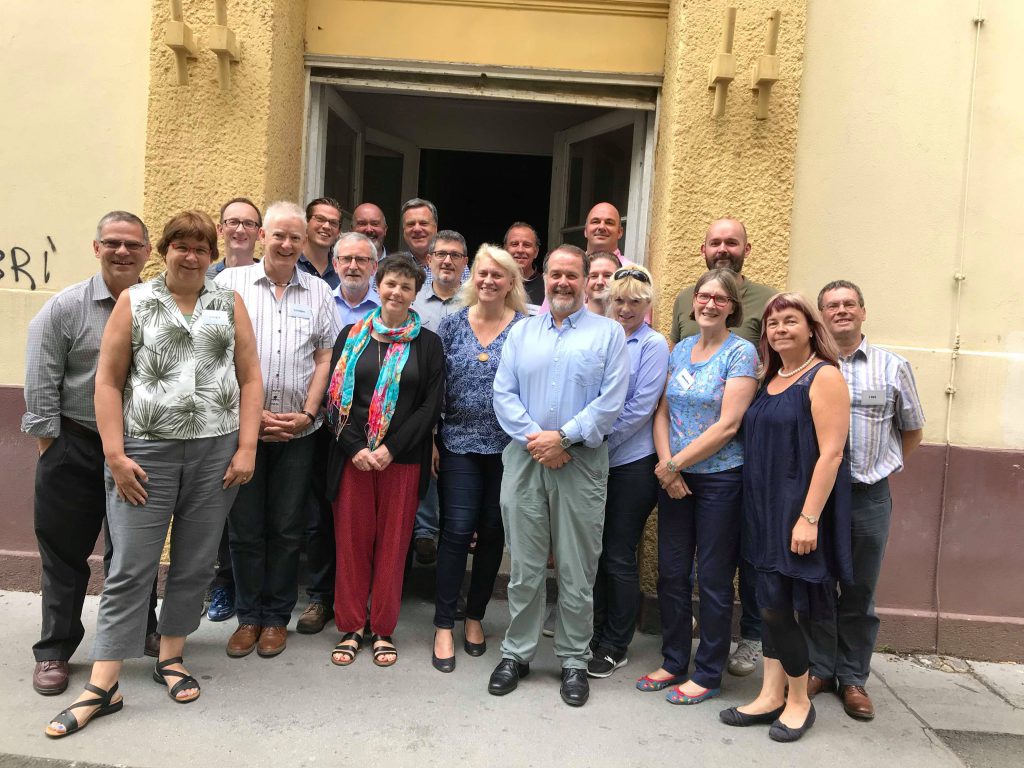 Daniel Drost told how the Dutch Baptist Seminary (Netherlands) considered what a 2025 graduate should be able to do. They identified three basic tasks: prayer, explaining the Scriptures and giving spiritual direction. Therefore, the Dutch see the core tasks as: Following, Understanding and Leading. Einike Pilli of the Tartu Theological Seminary (Estonia) tried in a similar way to answer the question from the end: “What are the two or three most important things a school wants to see in its students at the end?” Working from the answers to this question, it is necessary to ask what methods of learning lead there. Since many goals relate to the personality of the graduate, the personal commitment of the teacher and the provision of feedback and mentoring to students become more and more important. In addition to the subject curriculum, the teacher him/herself is very important as a ‘curriculum’, namely what atmosphere of learning is made possible and which role model he/she gives.

Simon Jones of Spurgeon’s College (England) has years of experience in exit interviews with graduates and sees future pastors as ‘mapmakers’: “We do not give the students a map, they are put in the position to do it themselves, to create a map and navigate”. He also sees the pastors of the future as ‘entrepreneurs’, who take responsibility and take high risks. There was much debate among those present as to whether pastors should be bi-vocational in the future, that is, consider their vocation to pursue a secular profession alongside a pastoral profession, as many churches cannot offer full-time jobs and also added value could be seen in life experience.

Anthony Cross of the International Baptist Theological Study Centre (Amsterdam) took us on a journey through history, showing how necessary deep theological understanding is for sustainable pastoral ministry and how it has been fought over and won over against reservations about education. Cross says, “Parents sometimes give children not just what they want, but what they need, and as shepherds, we need to give communities not just what they want, but what they need.” He emphatically recommends to preach “not against Theology” from the pulpit “but always to refer to Jesus as a teacher who has not allowed shortcuts in thinking, but has gone into the depths”.

Marion Carson (Scotland) addressed the importance of responsible and empathic preaching, in the context of her personal life experiences. She proposed to increase the developmental stages of the faith (according to Fowler or others) in theological education. Jan Martijn Abrahamse (Netherlands) made a plea for more humour in theology, because the Bible itself is full of clowning and – like Jesus – vulnerable. Abrahamse says: “Theology has arrived at the university in the right place when it is laughed at.”

From Romania, Sorin Badragan reported that many students are able to participate in online studies and thus serve in the local community and study on the side. Henrik Holmgaard from Denmark described the new generation of students as ‘minecrafters’, who like to build something like the computer game of the same name and need resources and tools to do so. In his opinion, new pastors need good pastors to follow as mentors, just as Paul was mentor to Timothy. 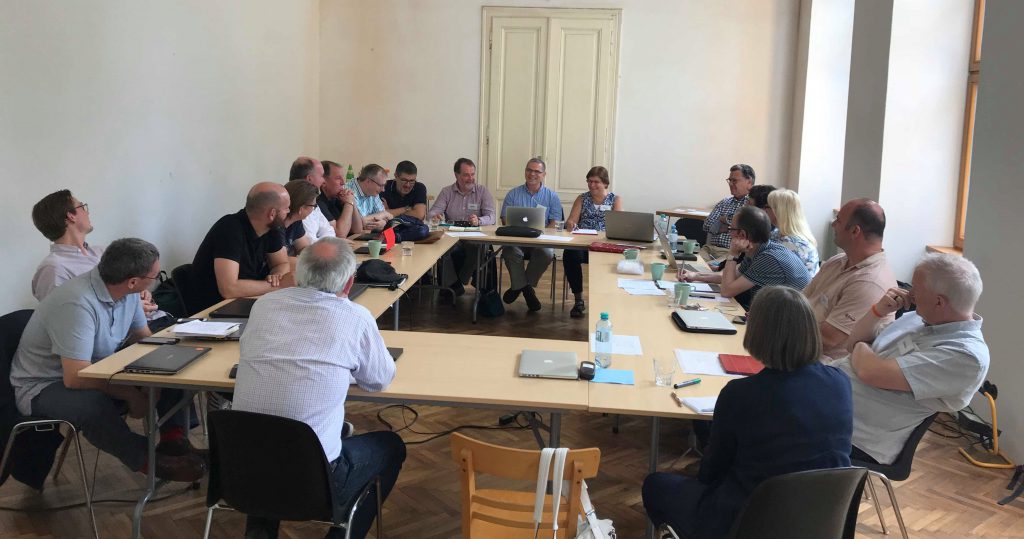 Against the backdrop of a large-scale study, Being Christian in Western Europe (the Pew Research Center), published in May 2018, theologians have discussed megatrends in all countries. In all the countries of Western Europe, except Italy, Christians who understand themselves as Christians but do not attend church (71%) are in the majority, compared to those who visit a church at least once a month (22%). One key finding of the survey was particularly discussed: that the majority of regular churchgoers are more strongly opposed to immigrants, Muslims and Jews and also more nationalistic than the rest of the population. In addition, attitudes to ethical issues such as legal abortion or homosexuality differ significantly between the majority society and the church-related minority. Michael Rohde (Germany) asked: “How can we prepare and empower students and communities to discuss these and future ‘hot potatoes ‘?”

Theological education is facing great challenges. The attendees are jointly convinced that theological depth in all disciplines is necessary and the learning of the biblical languages remains important. At the same time the demands on a pastor are diverse and therefore the learning methods must be more holistic.

Those present were impressed by the development of the Vienna project church, as it works with many young people – on the one hand theologically profound and at the same time initiating social and missionary projects that serve refugees and other people in Vienna.

Report by: Michael Rohde (member of the Comission of Theology and Education of the European Baptist Federation, Germany)