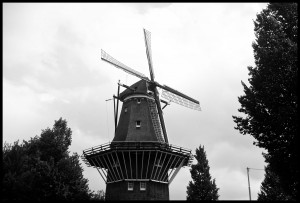 Today with colleagues I attended the opening of the academic year jointly hosted by the Theological Faculty of the Vrije Universiteit and the Protestant Theological University who work closely with one another. The theme upon which there were various papers and comments was: “Is God really disappearing from the Netherlands – and what would that mean for doing Theology”

Some of the reported results were:

“More than 68 percent of the Dutch say they do not follow a specific church, 25 percent are Christian, 5 percent are Muslim and 2 percent follow other non-Christian beliefs. Almost a quarter of the population are atheists, compared to 14 percent in 2006. 31 percent consider themselves spiritual, compared to 40 percent ten years ago. And the people who believe in some form of higher power fell from 36 percent in 2006 to 28 percent this year. More than half of Dutch never pray” see NL Times.

Possible responses to the question of what this means for “theology”.

Such decline is a sign of the end times.

The issue is that the nature of religion is changing and we have to look elsewhere for God’s presence, theologians have to listen.

The starting place for theology is not society at large but the Church which then bears witness to the world – not saying what society already has decided we should say, but saying that which will make sense only after it is said.

To be sure all of this is complex.

To start with the sort of “theology” which was being discussed was “formal” theology, that which theologians do rather than the theology of local congregations in words and actions.

In turn while the Church may be the starting place for doing theology, what does that actually mean, whose Church and where is such a Church. If this pushes us again back to the local and ,local congregations the question is simply begged – where are there congregations that are engaging with such issues through discussion and discernment?

With a  sort of analytical synthesis on the various contributions by various people I offer:

We certainly live in times of complex change. Whether they are the “end times” is not within our knowledge and it is pointless to speculate.

If we wish to bear witness to and in society we certainly need to listen and look to hear and see where faith is to be found and God is to be found outside of the Church although we may need some prior perspective on what we mean by “God” and “God’s presence” unless we want simply to accept the post modern idea of a “soft power” or general “spirituality”. On the other hand we need to be open to the in breaking of the kingdom in “imaginative” and “creative” ways over which we do not have control.

The Church may indeed be the starting place for the doing of Christian theology in such a context but before seeking the “conversion” of society we may well indeed have to as “what sort of conversion” we need as people (as one speaker suggested) if we are going to be able to talk to one another and those beyond our “ranks” in a way that shows “faithful witness”.