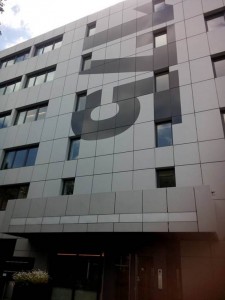 As a UK passport holder and rector of an European institution set up post war as an ‘experiment in Christian internationalism’, I watched the unfolding referendum results in the UK with some dismay. Perhaps too much history makes me nervous when the common destiny of European countries is not formally linked even as I might be critical of EU bureaucracy. The uncertainty which this decision has created seems somewhat tangible in the UK if not in other countries of Europe. Both campaigns have unleashed expectations and created fractures that are likely to take some time to re-settle.

Perhaps one theological reflection on this is that all political structures and arrangements are provisional. I think that a recurring refrain in some sermons yesterday was to reassure people that God is still in control over the nations. Perhaps it is necessary and good to reaffirm this because people forget.

In turn, it is also the case that people have to work out what the rule of God means for them not in the general affirmation but in the socio-political practicality and perceptions of their contexts. The practicalities and perceptions as a consequence of the Brexit decision will be different for different people be they EU members living in the UK, UK citizens living in the UK, UK citizens living in Europe, and citizens of EU countries who may be impacted by a referendum decision in which they had no participation. It is in these contextual realities, practicalities, and attendant perceptions that Christian witness will either be faithful or unfaithful.

At a recent ‘future’s week’ discussion concerning IBTSC the staff felt very much that IBTSC should continue to be an internationally focused ‘baptist’ institution with an intentionally European perspective. Such a European perspective is not naive in that it takes seriously the identities of different nations and understands that Europe can be conceptualised in more ways than in terms of EU political arrangements. Indeed the ‘Europe’ of EBF and IBTS(C) has always been broad and inclusive rather than exclusive. To put this differently, from the beginning the concern of this institution has been to offer something pan-national in a global world to inform Christian witness in the local, national, and international. This has been done through its diverse staff, students, and theological perspectives. I am not sure whether or not that task seems more complex today. It does, however, seem no less important, and once again somewhat urgent.