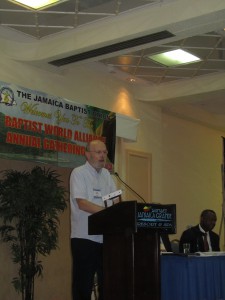 As some of you may have already heard, a dear friend of IBTS, Prof Dr Glen Stassen has died over the weekend. We have been lifting him and his whole family in prayers in our IBTS morning circle almost daily over these last few weeks and months, but now that the news that he is no longer with us has hit, the pain of the loss is sharply present. We mourn our dear friend, even as we give God thanks for his amazing life.

A tribute from Glen’s former student and then colleague and co-author, David Gushee, can be found here. On the IBTS Facebook page, people are expressing their condolences and particularly mentioning Glen and David’s Kingdom Ethics, which several have taken into their hands again upon hearing of Glen’s death. “A Kingdom man,” as one of the IBTS students commented. Below are some of our thoughts and reactions upon hearing the sad news of Glen’s passing:

Parush Parushev: I lost not just a great theologian, but a brother, a wonderful friend, and a good man, in all aspects of this word. It is a huge personal loss, but what will also be sorely missed is his presence among us at IBTS. Glen was one of those who was wholeheartedly behind us and what we are doing at IBTS, and firmly believed in our vision. He will be missed dearly not only by the colleagues, but by his many students. He was always their greatest cheerleeder. I am deeply grateful to God for Glen’s achievements as a theologian and simply as a human being. He will be remembered, not only for the things he wrote, but for who he was.

Keith Jones: We remember Glen Stassen as a leading baptistic ethicist of his day, and as someone who gave the last twelve years of his life to supporting IBTS by promoting our work in many different places, by participating in conferences, delivering lectures for us and serving as a Research Professor.  Above all else, we remember him as a true friend and a warm Christian colleague. Whenever Glen was on campus with us, we benefited from the testimony of his thoughts, but just as importantly, his life. He was a true man of peace and demonstrated how theological reflection had to lead to committed action. We were proud to nominate him for the BWA Denton and Janice Lotz Human Rights award, and we rejoiced when he received this award in the Baptist World Alliance Gathering in Jamaica in 2013. We mourn his passing. We give thanks to God for Glen himself, his gifting as a theologian, and his example of dedicated Christian life and service.

Lina Andronoviene: I will always remember Glen as someone who absolutely believed what he said, and said only what he believed. This ‘childlike’ faith of the Gospel has taught me more about the way of Christ than many a sermon. And when it came to peacemaking – something that was so much at the heart of Glen’s thinking and writing – it was lived out in both small and big ways. I have witnessed him calming down a disgruntled tourist, and have heard him recount his involvement in the fall of the Berlin wall. It did not matter how small or great the conflict was – Glen believed that the Gospel of Jesus Christ calls us to work for peace, and that peace was possible. Glen and David’s Kingdom Ethics was extremely helpful in teaching the students, especially those from Eastern Europe and the Middle East. I have taught from it a number of times, and even last Friday, when, at a guest lecture, asked about my own encountering of following Jesus in today’s context, I could think of no better book to bring than Kingdom Ethics. What an example. What a legacy.

Ian Randall: Glen was a very good friend of IBTS. In 2011 Glen delivered the Josef Nordenhaug Lectures and the report on those lectures is worth quoting: ‘Guests, Board of Trustees, Students and Faculty have gathered to listen to Professor Stassen outline a clear model of incarnational discipleship. His lectures have challenged many prevalent attitudes in the church and promoted lively discussion on our baptistic heritage in our gathering, intentional, convictional communities which engage with the world.’ This was always what Glen wanted – to speak about discipleship in the world, to challenge prevailing thought, and to provoke deep discussion which led to action. An excellent tribute to Glen has been produced by David Gushee and I quote this paragraph which sums up a central and crucial aspect of Glen’s legacy: ‘Probably he will be best remembered for developing and then advancing just peacemaking, a Christian approach to preventing war that transformed the old conversation between just war theorists and pacifists and will mark a permanent contribution to human thinking and action to prevent the scourge of war. Glen developed hugely important new insights into the Sermon on the Mount, notably the triadic rather than antithetical interpretation of Matthew 5:21-7:24, with the keynote emphasis of each triad being transforming initiatives that enable faithful disciples to do God’s will rather than evade it.’ Doing God’s will rather than evading it – that was (and continues to be) the powerful challenge brought by Glen Stassen.