The Annual IBTS Research Colloquia has opened, not, as it has been over the past decade, in the Prague Campus, but in the Baptist House in south Amsterdam. The, as yet unreconstructed, Baptist House has been cleaned up by a volunteer team and we are now sat in the meeting room and worship room catching up with the life of IBTS “in transition”.

The opening session featured input from the so-called “trinity” of Rectors – Keith Jones (1998 – 2013), Parush R Parushev (2013-2014) and Stuart Blythe (2014- ). Parush commented that whilst IBTS still believes in the Swiss Train theory of time keeping, experience in the Netherlands so far indicated the same precision is not always possible, but during the colloquia we would work hard to operate within the historic approach of IBTS !

Keith reported on arrangements to secure the provision of a Masters degree in “Baptistic Histories and Theologies” with the University of Manchester. All has now been approved and the first students registered or transferred to this programme. It incorporates most of the “old” modules previously offered with the MTh programmes of the University of Wales.

Stuart then commented “I don’t start until June”, but went on to say he is looking forward to working with everyone and in these coming days learning everyone’s name !

Parush (as someone who first academic discipline is mathematics) then gave us some statistical information.

So, we had a real sense of a fresh beginning in a new setting in Amsterdam which doctoral student, Mike Pears, encapsulated in the opening worship for our 2014 colloquia. 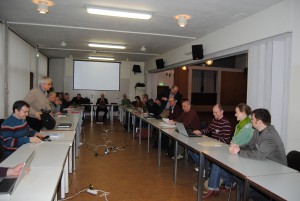 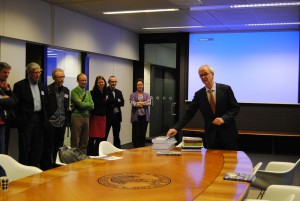 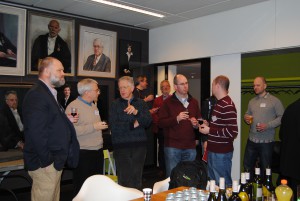