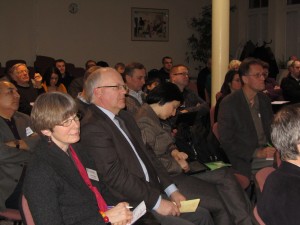 So it’s all go here – we’re done with one week of Research Colloquia and now have started M-level intensives plus the conference “Despise not the counsel of the poor: Convictions on religious freedom, the power of the states and the state of the powers,” organised by Thomas Helwys Institute for Study of Religious Freedom. Tonight’s the opening of the conference, with Dr Raimundo Barreto of Freedom&Justice Division of the Baptist World Alliance. There’s a good number of participants – some of them our own students who have stayed on in order to take part, but also other friends from different parts of Europe and the world. 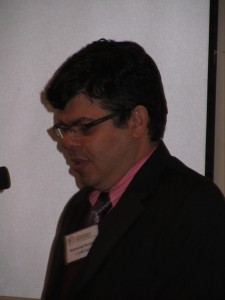 Raimundo recalled the 400th anniversary of the first publication of Thomas Helwys’ book A Short Declaration of the Mystery of Iniquity, often cited as the first publication to address issues of religious freedom. The title of the conference comes from Helwys’ dedicatory handwritten note to the King, where he calls on the King to allow freedom of conscience for all his subjects. So on this first evening we reflected on how such conviction that every human being (and every community) is entitled to the freedom of conscience has been enacted in different contexts since the times of Helwys. What does this mean today for the church which lives between the times, asked Raimundo. One of the most important contributions of the church, he suggested, is its public witness in sustaining the plurality and secularity of the contemporary societies. The danger facing the church remains that of becoming victims of our own success and becoming a part of the establishment, thus foregoing our task  to stay in solidarity with the powerless and the poor. A proper theology of power needs to be developed, he suggested. Finally, more than ever we need to tie our work for religious freedom with the desire to seek peace with others who believe differently.

A good discussion already arose on the basis of Raimundo’s presentation – so the next few days for those in the conference look exciting.