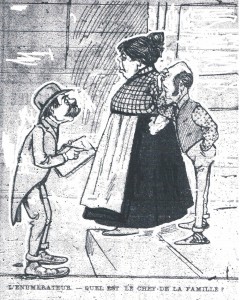 Like many other parts of Europe, the Czech Republic had a census earlier this year and the Czech Statistics Office are providing the first set of global figures with detailed analysis to come in the third quarter of 2012 and submission of more precise outcomes to the European Union in 2013.

There are few surprises, at least from my perspective! The trend towards people wanting to describe themselves regionally or ethnically, rather than as a “citizen of a nation state” grows here as it does in so many places of Europe. So, more people classify themselves as Moravians or Slovakians or Roma rather than “Czech”. There has been growth of the number of foreigners living here since the last census with massive growth of those escaping from Putin’s Russia and the perverse government in the Ukraine. I think this movement to local identity and feeling ourselves citizens of Europe, abandoning much interest in the nation state, is common in Spain, the United Kingdom, Belgium and Italy. For my part I find it no bad thing (and long to belong, as a European, to a Yorkshire set free of the tentacles of Westminster and the dangerous powers of  a London elite).

On the religious front this most secular of nations continues on its journey, though the Roman Catholic Church still has 1.8 million out of 11 million citizens claiming to be adherents. The Czechoslovak Evangelical Brethren Church (a partner of the Church of Scotland and a classic reformed church) is the largest Protestant grouping with 52,000 people claiming membership, whilst the Hussites ( a denomination formed in the First Republic c 1920 to claim the heritage of Jan Hus) apparently has 32,000 people willing to say that is what they are. The Baptists hover somewhere about the 4,000 mark. This might be considered as worrying when over 15,000 people in the census claimed their religious affiliation to be Knights of the Jedi!

As to personal life, the divorce rate continues to rise. Meanwhile more people have an indoor toilet and a bath than a decade ago.

We await more detailed analysis in due course and the opportunity to comparer this country with others within the European Union.