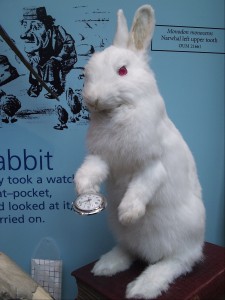 As my study leave is coming to its close, many people want to know my impressions: what I liked best, what was most memorable, what was the most surprising, etc. That got me thinking, and, as usual, reflecting on it by writing (during lunch break, in case my supervisors are interested!)

Of course, Oxford is a special place when it comes to studying, reading, and writing. A bit like IBTS being a hub where you may stumble upon all sorts of Baptists, this place is always full of all sorts of academicians, public figures and otherwise famous people giving a talk here or there. One of my highlights was probably hearing Archbishop Desmond Tutu preaching at an evensong at St John’s College: a simple, yet so moving a message about the ever-outrageous implications of incarnation and what it means for the “mixing of religion and politics.”

One important factor making a difference to being at Oxford is having a ‘home,’ which I did through the hospitality of Regent’s Park College. But that also made me even more conscious of those who are ‘homeless’ – both in terms of a spiritual community, leaving their marvellous intellects wondering wherever the wind may blow, and those literally homeless, even in the very centre of Oxford. There are jugglers, who usually sit next to the doors of Pussey House. Quite a few of the homeless are selling “The Big Issue” – a magazine which has been created on order to help the homeless start earning some income (similar to  “Novy Prostor” in the Czech Republic). Walking the same routes daily, I got to know the sellers a bit. All of them have a different take-on. I can recognise them by voice and each one’s specific phrases: “Will anybody take care for the homeless?” “Would you spare some change?” “Help me to get a place to sleep tonight!” Others, with a streak of humour, sing out the title – “The BiiiiIIIIG ISSSSssssue!” Some have dogs – different dogs on different days – appealing perhaps to dog-lovers such as I, except that I’ve “adopted” a man who sells his Issues silently. Just standing there on his assigned corner, and never producing a sound unless you engage him in a conversation and want to hear his story.

The stories – true and embellished – can be heart-breaking. And, as often is the case, the most heart-breaking stories may never be told. Not all wheels squeak in order to be greased first. Especially in the Eastern side of Oxford, where my temporary abode is, but also in the centre of the city, I’ve seen ugly grimaces of lives broken and lived out in silent suffering.

Which reminds me, again and again, that this also is the context of our theological reflections, even in such a grand place as Oxford. Theology which forgets real lives such as these I see on the street corners will pass by untouched and untouching. Instead, those street corners will be touched by other theologies – among others, the one proclaimed in the mosque standing right in front of my window.

…And now back to books!