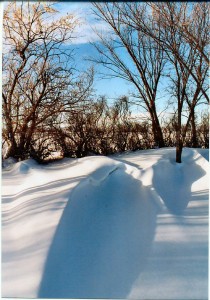 Most of Europe is in the grip of an icy blast. In Praha snow has been falling steadily and softly for many hours. About six snow ploughs gritting pass the end of our drive each hour from the City of Prague. Heavy duty Tatra trucks fitted with workman like ploughs. The Czech-made Karosa buses have never stopped going up and down our valley taking us to the metro station and even the pavements have been ploughed this morning.

Meanwhile, the City of Bradford in Yorkshire is struggling. They are running out of grit and their much-lighter more elegant ploughs and gritters are having a hard time of it. If you saw one plough in five hours between Bingley and Eldwick it was amazing. Meanwhile British bus companies with their low-height rear-engined buses have been returning to depots in cities like Liverpool and in Bradford the service to our home at Gilstead has been terminated in Bingley most days.

What lessons are to be drawn from this? Czech vehicles may not be as elegantly designed, but they are engineered for the extremes. 40 cm of snow is not enough to stop them running. Praha is better equipped with specialist equipment for keeping streets and minor roads open unlike, say, the City of Hull, which has abandoned the attempt in pedestrian shopping areas. Above all, Czechs still have plentiful supplies of grit and no emergency national committee has had to be formed to ration supplies. Often, I blog about the failings of Czech politics, but in the midst of the big winter freeze three cheers for Praha DPP, H.M.Praha and Praha Sluzby (Prague City Transport, the Metropolitan City of Prague and Prague Services) !