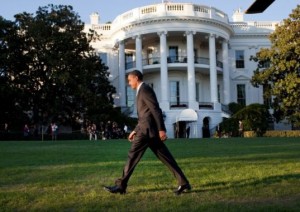 So Nobel Laureate Barack Obama went to Copenhagen but he might as well not have bothered. Eye witness accounts from people in the conference hall report his lack lustre speech – the Obama rhetoric under par – offered nothing by way of action and so it looks like the Copenhagen event will produce no useful outcome.

Our son, Tim, an accredited NGO delegate, was in the hall and felt the disappointment. One African delegate sat next to him expressed deep frustration and sadness. Here was the chance for a grandson of Kenya to do something from the richest nation to stand with the poorest, but the opportunity has been lost.

I confess our family owns various Obama inauguration souvenirs and now we are exchanging emails as to how we can ceremonially dispose of them as the corrupt powers attempt to quench our Advent hope.