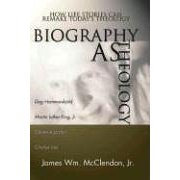 Since 1999, when I first started teaching at IBTS, I have regarded the enthusiasm of some of my colleagues for the thinking of James Wm. McClendon, Jr. as something that was fine for them. But I did not see McClendon as having any particular significance for me in my historical work. Three things this year have caused me to change my mind. In each case I was preparing a paper for a conference. The first conference was in April 2008 and was organised by the Center of Global Studies, Academy of Sciences of the Czech Republic and Charles University, Prague. It was on Martin Luther King Jr. (1929-1968), celebrating forty years since his death. My paper was on Martin Luther King Jr. as a Baptist. I was motivated by MLK’s statement that ‘in the quiet recesses of my heart, I am fundamentally a clergyman, a Baptist preacher. This is my being and my heritage for I am also the son of a Baptist preacher, the grandson of a Baptist preacher and the great-grandson of a Baptist preacher.’ As I prepared, I read carefully the essay on MLK in Biography as Theology (first published in 1974) by McClendon. I was excited. McClendon explored several different interpretations of King and showed, by an analysis of crucial episodes in King’s life, that the most prevalent interpretations of MLK fail to do justice to a man for whom ‘religion was more than peripheral, more than a politician’s tool, more than a reformer’s stratagem’. My paper tried to take this further, but McClendon was crucial.

The second paper was on ‘Baptist-Anabaptist identity among European Baptists since the 1950s’ and was delivered at the Centenary Conference of the Baptist Historical Society, held at IBTS in mid-July. As I did my research I discovered, again, that McClendon was important. I found in the IBTS archives a report on an extended visit to Rüschlikon (the forerunner, in Switzerland, of IBTS) in 1985 by McClendon, who was then at the Church Divinity School of the Pacific in Berkeley, California. In an address on ‘the Baptist Vision’ McClendon proposed that Baptists should be seen as part of distinctive ‘type’, with ‘a certain understanding of the gospel and the Christian life’. He commended the terminology ‘baptist with a small b’. He went on to note that some defined the ‘baptist vision’ in terms of biblicism, others as a movement for liberty, and others saw it as expressed in community and discipleship. McClendon was not satisfied by these approaches and argued that ‘baptists’ were indeed people of the Bible but that what was required was a ‘reading strategy’, and that this was a narrative one. ‘We are the disciples of the Gospel story’, he stated, ‘its Lord is our Lord; the Kingdom it proclaims is the Kingdom coming now’. It also became clearer to me the way in which McClendon had been significant for the Anabaptist Network, which was formed in 1992, and of which I had been a member.

The third paper (I do have a life outside giving papers, by the way) was at the international conference of Baptist theological educators (BICTE), also held at IBTS in July this year. My paper was on ‘Tracing Baptist theological footprints’. In this paper I worked with five marks of baptistic life which I saw as emerging from formative periods in the ‘baptist’ story in Europe and which taken together – I tried to argue – are distinctively baptist. These were: reading the Bible, living the life, nurturing the community, redeeming the powers and telling the story. Although I drew these themes from European history, I found that they had considerable similarity with McClendon’s thinking (see his Systematic Theology: Ethics, Volume 1, 2nd ed., rev. and enl. (Nashville: Abingdon Press, 2002), pp 26-30.) and with a ‘Manifesto’ in the McClendonian tradition which was produced by a number of Baptists in America in 1997 (in Curtis W. Freeman, ‘Can Baptist Theology Be Revisioned?’ Perspectives in Religious Studies, Vol. 24, No. 3 (1997), pp 273-310.) Once more, I found that McClendon was significant as I wrestled with historical and theological issues concerning the baptist story.

So, McClendon and me? Things have changed.